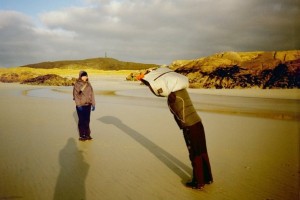 The Isle of Tiree is the outer most of the inner Hebrides. The island is low lying with beautiful wide horizons. Tiree is one of the sunniest places in Britain often achieving the UK record for the longest hours of sunshine in one day. The moderating influence of the Gulf Stream means that winter temperatures are higher than on the mainland and frosts are rare. Tiree is also one of the windiest places in the Europe making it an excellent destination for wind and kite surfing. 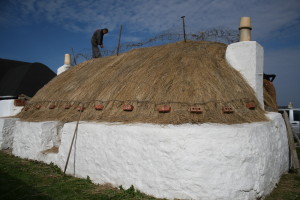 The majority of the land on Tiree is farmed in small Crofts. This traditional agriculture means that the island is a haven for wildlife, and during the months of May and June the machair is a carpet of white and yellow wildflowers.

After agriculture, the main industries are tourism, fishing, and the service sector.

The weather dominates life on Tiree in a way it often fails to do on the mainland. Weather reports from the island are familiar to listeners to the BBC’s Shipping Forecast and Reports from Coastal Stations.